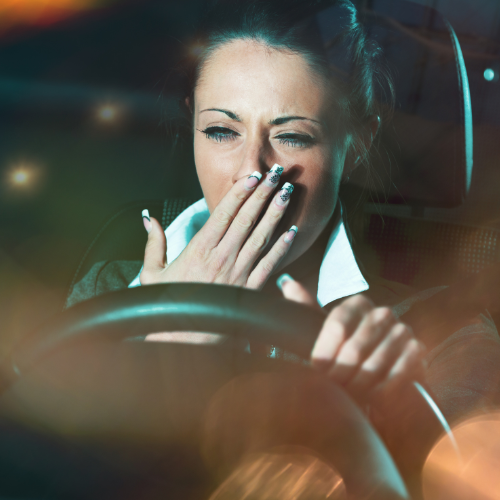 Just like exercising and eating right, sleep is a key part of a healthy lifestyle. If you suffer from a sleep disorder, it can have a lasting effect on your emotional and physical well-being.

Men, women and children of all ages can suffer from insufficient sleep, and it has been linked to a number of chronic diseases and conditions, including obesity, depression, diabetes, attention deficit hyperactivity disorder (ADHD) and cardiovascular disease.

There are more than 88 identified sleep disorders, and more than 70 million Americans are affected by them, so it is important to know the signs:

If you, or someone you know, is experiencing any of these, it is important to receive an evaluation by your healthcare provider or a provider specializing in sleep medicine.

Interruption of regular breathing during sleep can pose serious health complications, so symptoms of sleep apnea should be taken seriously.

Insomnia is characterized by an inability to initiate or maintain sleep. It may also take the form of early morning awakening in which the individual awakens several hours early and is unable to resume sleeping. Difficulty initiating or maintaining sleep may often manifest itself as excessive daytime sleepiness, which characteristically results in functional impairment throughout the day.

Before being diagnosed with insomnia, a healthcare provider should rule out other potential causes, such as side effects of medications, substance abuse, depression, or other previously undetected illness.

RLS is characterized by an unpleasant “creeping” sensation, often feeling like it is originating in the lower legs, and often associated with aches and pains throughout the legs. This can affect the ability to initiate and maintain sleep, and is relieved by movement of the leg, such as walking or kicking. Abnormalities in the neurotransmitter dopamine have often been associated with RLS.